About Blog Contact
New wealth to be made and lives to be saved by democratizing space
Dec 14 / 2020
Written By Grant Blaisdell
Many of us forget that a large portion of our daily lives and activities are based around technology and data that originated from space applications. These range from influencing how the crops you consume yield to the visualizations your favorite artist uses during their concert.
With the Space market set to reach a trillion dollars in the near future, it is impossible to measure the exact potential of unlocking downstream Space assets or what Copernic Space calls digital Space assets such as satellite data, IP, and software in a democratized way for the wider market and public access, but it will surely be substantial and disruptive. The amount of financial support and investment capital that could be poured in by the global population for countless startups and even NASA is hard to accurately gauge. Both are brimming with a new age of wealth creation and innovation and blockchain technology can be a key to unlocking it.

A group of entrepreneurs and industry veterans from Aerospace, Fortune 500 tech companies and leading blockchain startups have come together to build the marketplace to unlock untold value of digital Space assets for the benefit of their owners and the wider world. This new marketplace, Copernic Space, is set to launch soon with exclusive early adopter partners and related use cases, but already has a generational story behind it.

The driving force behind Copernic Space are the daughter and grandson of a Polish Military Professor with independent works published by NASA. Eva and Grant Blaisdell continue his Space legacy through various initiatives including the Lady Rocket Foundation that focuses on providing entrepreneurial and space related experiences for underprivileged children from South Central Los Angeles to Lithuania. A former Compaq executive responsible for bringing the American computer industry and corporate charity into Central Europe after the fall of communism, Eva Blaisdell has been actively involved in various elements of the Space economy for years.

After dealing with many entrepreneurs, space related companies, and NASA during their endeavors, Eva and Grant are realizing the immense opportunity to provide an open marketplace. It will serve to not only allow these entities to commercialize their work with scale, but also attract attention and financial support from the public and wider business world. With Grant's experience and success in developing ventures around blockchain and regulatory technology such as Coinfirm, the realization came that it was possible to create such a marketplace for this soon to be trillion dollar economy, and to provide a new economic foundation for it going into the future based on this technology. 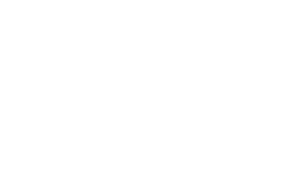 An NFT and Smart Contract powered platform, Copernic Space enables these "digital Space assets" to be commercialized globally with trust and security on the Copernic marketplace. Asset ownership and payment transfers are tied to smart contracts and executed through a blockchain based system(SmartOffer), allowing for automatization and simultaneous value transfer related to digital Space assets such as satellite data. Equally important on the Copernic Marketplace is the "SmartFund" feature that allows the public to provide funding of various kinds to these private and public space projects on the marketplace.

Imagine if NASA didn't have to rely on the US Congress for each cent but could openly engage the American public to help, or think of the possibilities for these hyper innovative startups with limited access to funding if they could open their projects to financial support from the world. NASA has also been looking to commercialize their IP more effectively, to make it available to startups and the market as a whole. During a meeting at SpaceX, a question to Elon Musk and NASA chief Jim Bridenstine by Copernic's Co Founder about IP related aspects for the collaboration stirred enough of a response from the two that it made TechCrunch the next day, highlighting the importance of these "assets".


Many reports about the potential of applying blockchain technology and models to the Space industry hint at Copernic Space providing a core element powering the future of digital Space commerce. In a PwC France Report it stated that blockchain "Reduces the barriers to raising funding by democratizing access to finance. Enabling a crypto token-based ownership of space assets including spacecrafts, satellites and potentially, astronomical bodies."

Simon Drake, co-founder and Managing Director of Space Ventures Investors, and a Copernic Space collaborator added that "A growing Space Economy requires a different kind of ledger. Blockchain has the potential for underpinning the trade in digital assets, and also the various securities required to be issued to undertake the next bold steps to take the Space Economy beyond Earth: A Lunar Resources company, or an Asteroid Mining Syndicate, in order to raise enough capital to undertake expensive operations, will need to use Blockchain to issue a massive volume of securities tied to various activities, e.g. a smart contract that can trigger dividends for when an operation meets milestones, or the reverse."

Some of the first industry cases you'll be hearing about publicly from Copernic Space will focus on showing the broad potential and impact this platform can have. One working example that will be executed on the platform is providing actionable data through digital satellite imagery and GIS processing to solve challenges in various sectors such as agriculture in Angola and other African nations.

Wednesday, February 10
Space Mining Startup, SpaceGold, Commences Funding Via Blockchain
SpaceGold talks about how they plan to revolutionize and monetize the asteroid mining business.
Wednesday, December 15
The Quest for a Sustainable Space
Taking our Space exploration to the next level needs more than just a moon base and contractual agreements, it needs to be sustainable throughout. Karol explores the frontiers of Space sustainability efforts and what that means for the future space economy.
Made on